The time is now to pass robust mental health reform

In a new op-ed in The Hill, Mark Barden and Nicole Hockley call on our Congressional leaders to pass robust mental health reform this year.

By Nicole Hockley and Mark Barden 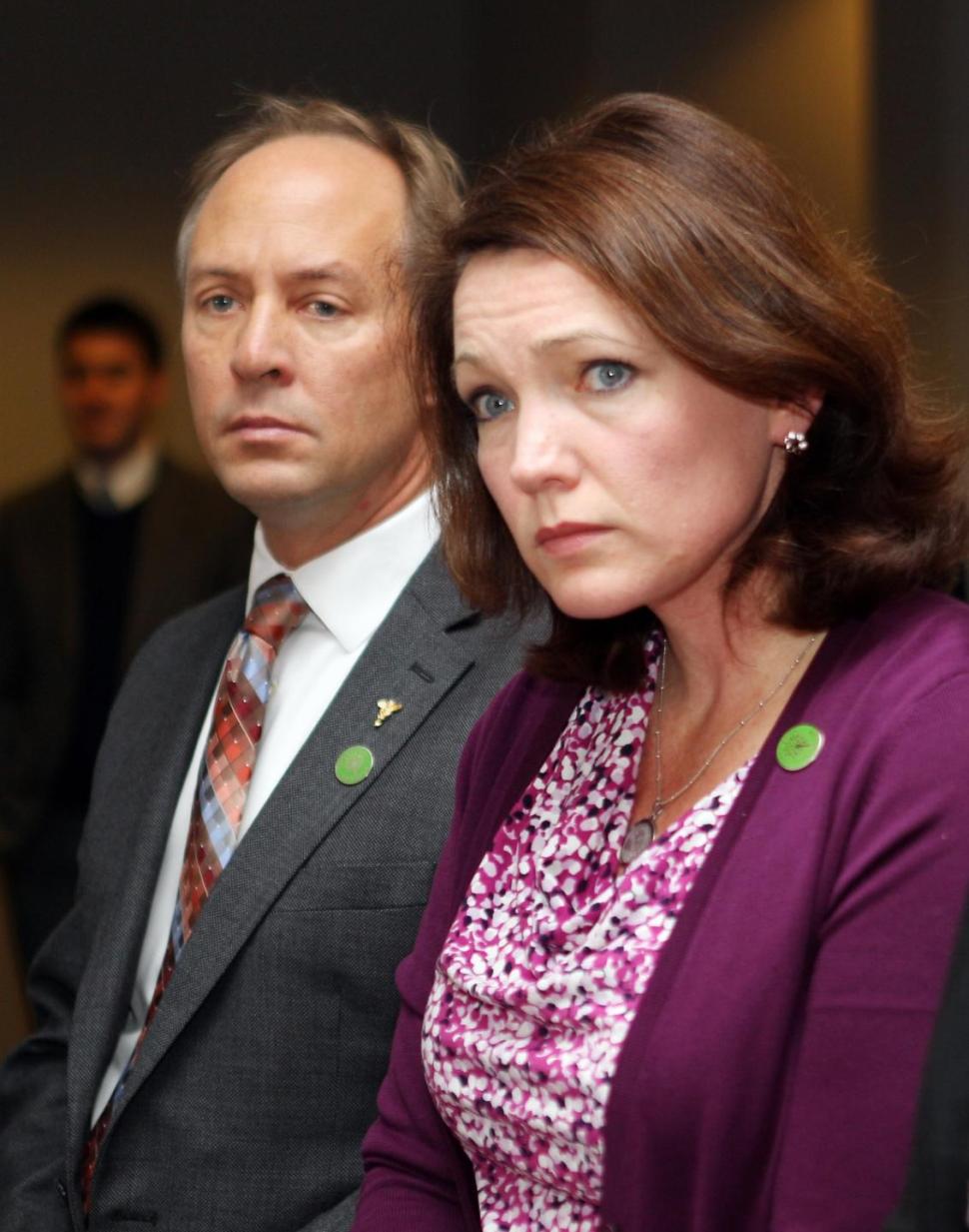 As Sandy Hook parents who lost precious children and their dedicated educators, we don't believe that on any given day, someone simply wakes up, decides to rip a community to shreds and walks out the door armed to kill. But in nearly every mass shooting and gun-related death, warning signs were ignored and opportunities to intervene were missed.

Our dear sons, Dylan and Daniel, 18 of their friends and classmates and six of their teachers were tragically murdered at Sandy Hook Elementary after failures in identifying and treating the shooter's mental health issues. It’s easy to say this in retrospect. But, the terrible truth is, that our sons’ deaths – all of their deaths – could have been prevented.

The Spanish philosopher George Santayana is widely known for his aphorism which states “those who cannot remember the past are condemned to repeat it.” We cannot dwell on the past, but this tragedy has identified a disturbing pattern of behavior that we must, as a society, address now before others suffer. If not, history will repeat itself. We will have learned nothing. And more families and communities will be hurt.

So while there is no single answer to stopping mass shootings, we know that early identification and intervention in mental health care can help stop gun violence before it happens. That’s why we are calling on Congress to pass mental health reform now – before another threat is overlooked and another school or neighborhood is devastated by preventable loss.

Though it seems more issues divide us than unite us these days, most Americans – regardless of political persuasion or geographic location – agree that, as a nation, we've waited far too long to fix our mental health system.

The fact of the matter is that our nation’s mental health system is horribly broken. More than 13 million Americans are living with mental illness - the majority of whom are going without treatment. Children and teens wait an average of 10 years from showing symptoms of mental illness to receive care. And the suicide rate in our nation is double the number of homicides and growing.

In the three years since we we lost our sons, Congress has been debating mental health issues. It is frustrating because both sides of the aisle recognize we have a mental health care crisis and people are getting hurt, though no meaningful reforms have yet to take place. Many strong, bipartisan bills have been introduced with the support of mental health professionals, advocates, and our families, including the Mental Health Reform Act of 2016 that just passed out of the Senate HELP committee with unanimous, bipartisan support. It is time that we now move these solutions forward.

Our families have sat in countless Congressional offices, across from Republicans and Democrats from all corners of this country. They have looked in our eyes, shared their stories about how mental illness has touched their own families, and pledged their support for mental health reform. Now is the time to honor that pledge. We cannot afford to wait another year or another Congress to take action.

The Senate is back in session for a short time and we sincerely hope that our Senators will seize this moment to pass robust mental health reform with the new solutions, research, and resources our nation so badly needs.

Not too long from now, we know Congressional Members will return to their states and districts and the buzz of the upcoming election will drown out the real problems and struggles facing our communities. And it will be many more months before Congress gets back to work.

Even sooner than election day, we know all too well that yet another one of our neighborhoods or our schools will be destroyed by gun violence, and lives will be lost. We can't miss this chance to reform mental health care and prevent future tragedies – not with so many lives at stake.

In memory of Dylan and Daniel – and of all our loved ones who've been taken so prematurely since – we call on our Congressional leaders to pass robust mental health reform this year.

***
Barden and Hockley are founders and managing directors of Sandy Hook Promise, a national nonprofit they formed with other parents in the aftermath of the 2012 tragedy in which their sons and 24 other children and educators were killed.