Sandy Hook Promise is honored to be recognized for our award-winning programs and awareness-building campaigns. We’ve also received solid ratings from charity watch dogs and positive reviews from people like you.

Sandy Hook Promise has received a five-star rating on Great Nonprofits and is a 2019 top-rated charity. Great Nonprofits is a leading charity review website and said this about the 2019 awards: “These are nonprofits which are rated highly by people who experience their work first hand – clients served, volunteers and donors.“

Facebook Friends Give Sandy Hook Promise a Thumbs Up

With a nearly 4 out of 5 rating on Facebook, see what people like you have to say about Sandy Hook Promise:

Every step these families have taken to prevent another tragedy has been a step closer to ending gun violence in this country. I am in awe of the personal courage and relentlessness of Sandy Hook Promise. Thank you.

The Sandy Hook Promise is an amazing mission. Through education, training, and consistent awareness these parents bring is truly wonderful given the loss they have had to endure. It is a true testament to the strength of a parent to continue to make a difference in their childs name. May you all be blessed.

Sandy Hook Promise will be eligible for review by Charity Navigator at the end of our fiscal year 2020-21. Seven years of 990 forms are required for an evaluation, and we are too young an organization to have been rated yet, having been founded in 2013. Our financial reports and charity registration are available at www.SandyHookPromise.org/Financials

Sandy Hook Promise has received a Gold Seal of Transparency in our latest rating by Guidestar. That means we have made information available to the organization for public review, including information about our mission, programs and areas served, as well as our audited financial statements. 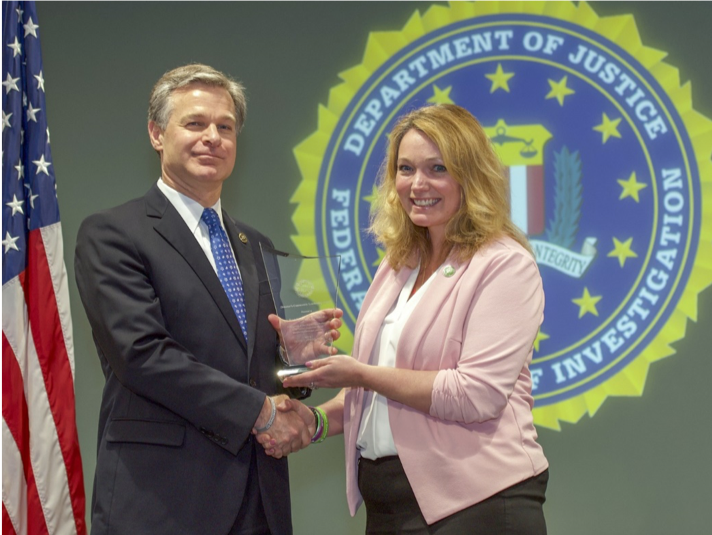 In a ceremony at FBI Headquarters, Director Christopher Wray recognized the recipients of the 2018 Director’s Community Leadership Award. These leaders, selected by their area FBI field office, have demonstrated outstanding contributions to their local communities through service.

The Four Freedoms Awards are presented to men and women whose achievements have demonstrated a commitment to the principles that President Roosevelt proclaimed in his historic speech to Congress on Jan. 6, 1941, as essential to democracy: freedom of speech and expression, freedom of worship, freedom from want, freedom from fear. Sandy Hook Promise recently received the 2019 Freedom from Fear award. Learn more. 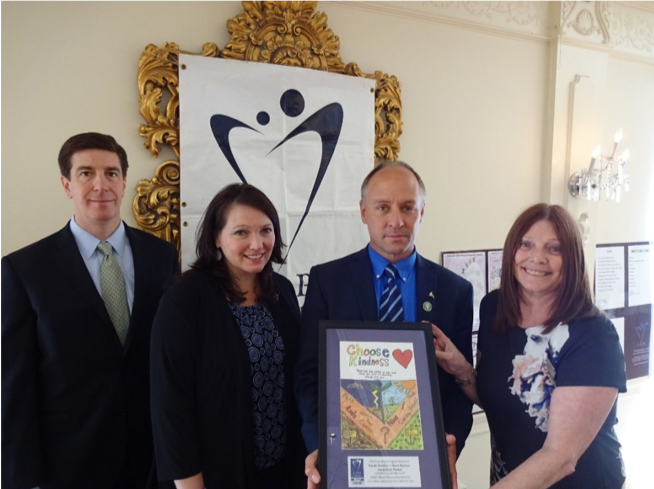 Sandy Hook Promise is proud to have received a Community Leadership Award from the CAPS/Bully Prevention Center. The Long Island nonprofit organization is dedicated to preventing bullying, cyber-bullying, child abuse and neglect.

Women in Advocacy recognized our Vice President of Policy, Lauren Alfred Levin, for “excellence in a controversial issue campaign.” She was honored for the development of the STOP School Violence Act, which provides $1.075 billion over 10 years for school violence prevention under the Department of Justice. Learn more.

People Magazine recognized our co-founder and managing director, Nicole Hockley, as one of their 25 Women Changing the World for her work preventing gun violence. See the feature.

Each year, Sandy Hook Promise partners with BBDO New York and other recognized experts in media, storytelling and PR to produce and distribute a PSA campaign through broadcast, cable, satellite and streaming television, as well as radio, print, digital and outdoor ads (when possible) that reinforces importance that everyone “know the signs” to prevent gun violence. These PSAs have won more than 200 advertising industry awards. MetrixLab research has proven that viewers of these PSAs are more aware that gun violence is preventable and of the signs that can lead to violence. Furthermore, the campaigns have been found to provide a halo effect for other gun violence prevention organizations, strengthening the movement overall.

Our 2018 campaign, Point of View, was nominated for an Emmy Award for “Best Commercial” alongside some of the biggest brands in the United States.