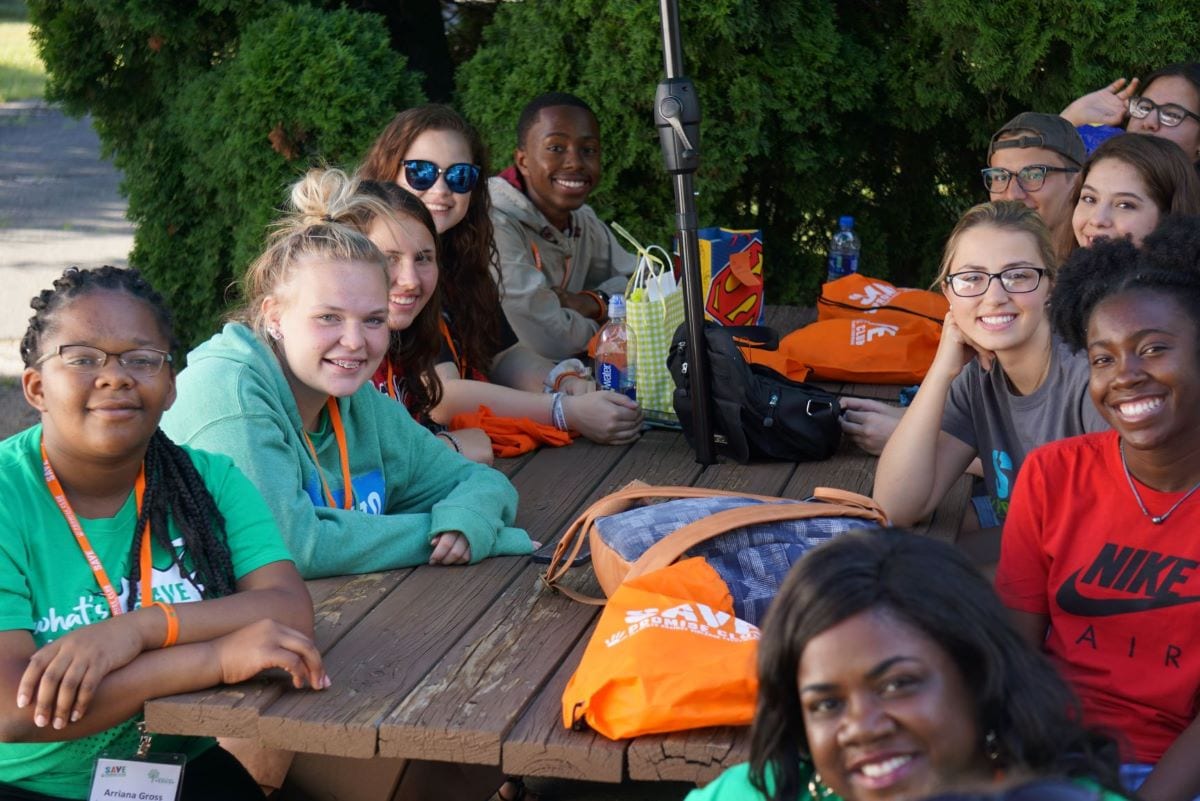 Like many black teenagers around the country, I didn’t always have a voice.  There were times I should have spoken up but said nothing, times that I still feel guilty about today.

When a white student called a black boy the “n” word on my bus in the seventh grade, I sat in shock and anger but said nothing. I was scared of what others might think and of what the girl might say. I was scared of confrontation. But all the fear in the world couldn’t stop the pain as I saw someone who looked like me, degraded and alone. If only I said something, he would have known that somebody cared. That somebody understood. That he wasn’t alone.

I learned as a member of the National Youth Advisory Board that there are lots of issues to fight for. But in order to do that we must confront the issues before us and make change! And, today, students around the country are standing up and calling for it- – and our voices are getting louder.

I learned to use my voice in high school after joining the SAVE Promise Club at a local community-based organization, Jared’s Heart of Success. It was there that I learned my voice has value. I also realized just how important it is to ‘say something’ when seeing someone hurting or feeling hurt myself.

Today young men and women like me are using our voices. We are calling for changes to the racial injustices that have plagued our nation since the very beginning.

Our entire history in America has been based on a premise of having to be quiet, not say too much, and submit to our white counterparts as “less than.”  But I’ve seen programs like Start With Hello build more inclusive communities where people accept everyone, regardless of their race, economic status, or disability. And it’s programs like Say Something that teach you when to reach out for help.

Community-based outreach, encouraging violence prevention programs, and speaking out to public officials are all great ways to use your voice.  Having grown up around violence, it’s so rewarding to see the huge impact we can make in prevention.

For most of my life, I grew up in mostly white schools where my friends influenced me to look down on Black culture. They taught me to think things like music from the Black community was ghetto, hood, and ignorant. I had a lot of self-hatred back then and felt the need to reject a culture of my own that I never gave a chance. A culture that’s been stereotyped, demonized, and generalized. A culture I never gave myself a chance to know.

That all changed when I moved to a predominantly black high school. I learned more about myself than ever. I was succeeding in many areas of life and finally finding me. However, people from my past put me and my accomplishments down and treated me as less than. My mother taught me that they liked the shy me, but didn’t like the empowered me who wasn’t afraid to speak up for what’s right. Who knew her worth. Who knew her strength and would never let anyone take it way again.

Black people have been quieted, pushed down to submission and abused and treated as less than human since the very founding of this country. We just need people to listen and see that something is wrong. Racial injustice in America has never gone away, and ignoring the problem for decades is only making it worse.

I know that as a society it’s hard to self-reflect, look at our own mistakes, and learn from past injustices. All we ask is that people open their minds and their hearts and listen to our voice. It’s time for people to recognize the racial injustice, learn to ignore the stereotypes, and offer real change. As people and as citizens of this country, we deserve no less.

People of color have tried to say it so many ways. We are tired, we are hurt, we are angered. But now there are so many African Americans who have also found their voice and will be Black and proud. We will march, walk, sing and shout to let the world know it.

We are now celebrating Black History Month. It should serve as an opportunity for everyone to learn about the roots of racial injustice, the many forms that it takes, and where it continues to exist today. We also need to reflect on our own lives, the mistakes we’ve all made, and what we can do to move forward.

I’ve learned from Sandy Hook Promise it’s that it’s time to stop being bystanders. The time has come to become ‘upstanders.’ It’s time to stand up and say something. Our voices have power, and together they can create real change.

Let’s confront racial injustice together and make this country a home for everyone.

Arriana’s Club did an engaging activity called bags of inclusion. They symbolize the beauty of being inclusive, accepting, and kind towards others who have different skills, interests, qualities, and identities than you.