It’s Time To ‘Say Something’ 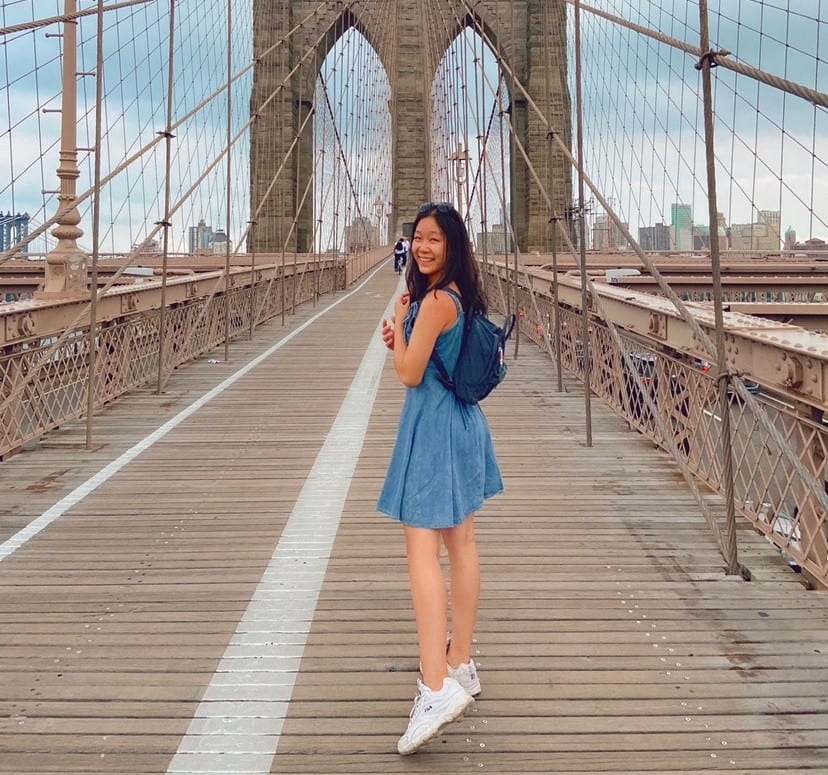 Our guest blogger, Melody Luo, is a junior at Comstock High School in New York who won a Say Something Week essay contest held by the Suffolk County Sheriff’s Office. Say Something Week, a national call to action held in March, celebrates and raises awareness about the Say Something program that teaches students the warning signs of violence and when to reach out to a trusted adult.

Weary of being cooped up inside, an 84-year-old Thai man was eager to leave his house and go on his regular morning walk. He stepped out into the chilly San Francisco weather around 8:28 a.m. on January 28, 2021, for what would unknowingly be his last time. An hour later, he was slammed into the ground by a man — to whom he had no relation — that barrelled into him at full speed. The 84-year-old, at a height of 5 feet and 6 inches and a weight of 113 pounds, died from a brain hemorrhage in the hospital two days later. His name was Vicha Ratanapakdee.

On the opposite coast, in the previous year, an 89-year-old Chinese woman was slapped in the face and set on fire in Brooklyn, New York by two assaulters to whom she — once again — had never met prior to the encounter. The woman, who rightfully chose to remain unidentified to the public eye, was reluctant to report the attack to the police, seeing that she could only speak in Cantonese. It wasn’t until her family urged her to come forward that she chose to do so.

In the eyes of these elderly people, I see my own grandparents, who are well over the age of 70. We spend our Saturdays eating extravagant dinners and singing karaoke, (rather badly, if I may add). As the evening draws to a close, we say our goodbyes and await the next week in anticipation. There’s never a doubt in my mind that we will meet the following week, but then again, there was never a doubt in the minds of the victims’ families either. In every single news article, I read and in every single attack I discuss with my friends in casual conversation, my mind inches towards the inevitable: is it a question of if a loved one gets attacked, or when?

These events are only a select few examples of the recent surge in hate crimes against the Asian-American community. Over the course of the past year, such attacks against us have increased by 1900%, and yet, they are rarely ever broadcasted on mainstream media nor talked about by people in prominent positions of power. Silence. Worse than silence, perhaps, is the unrelenting stigma perpetuated by a number of such aforementioned figures, the most influential of which being politicians.

All names were coined to shift blame for a disease onto an entire ethnicity of people that suffered from COVID-19 in the same ways the rest of the world did; all names that I have heard first-hand thrown at any person with a semblance of East Asian descent within the United States. For the most part, we remained silent.

I think back to what my culture teaches us when facing the world. From a young age, I learned to never speak back to elders, this being inclusive of my parents, my family members, my teachers, and more. In turn, I’ve seen this manifest into a culture of people that try their best to avoid confrontation. We, as Asian-Americans, are stereotypically acknowledged to be submissive in a world dominated by opinionated leaders. This is especially prominent in our government, as our representation is next to non-existent. Out of 435 congressional representatives, only thirteen are members of the Asian American/Pacific Islander community. On top of that, all thirteen represent a range of only five states: California, New York, Florida, Illinois, and Washington.

That being said, this representation is a start. On September 17, 2020, House Resolution 908, proposed by Congresswoman Grace Meng of the sixth congressional district of New York, was passed by a vote of 243 to 164. This resolution called for public officials to “condemn and denounce anti-Asian sentiment, racism, discrimination, and religious intolerance related to COVID-19…and [for] federal officials to expeditiously investigate and document all credible reports of hate crimes and incidents and threats against the Asian-American community.” In this instance, action and advocacy have proved to the world that we will not stand by and endure its prejudice.

There comes a point where our silence holds the same level of evil as the perpetrator. We cannot be bystanders to the inequity thrown upon our friends of color and we cannot be bystanders to the attacks thrown upon ourselves. I’d like to take this time to remind all people of color that we are not in competition with one another, but rather the overarching racism instilled in the thick roots of our world. To pluck these roots we must not simply hear the words spoken by our counterparts, but genuinely listen. We must not single out the wilting plants from each others’ communities and generalize the entire neighborhood based on that, but rather water each other’s plants with the gifts of knowledge and empathy. From there, and only from there, may we adequately speak through the sound of silence?

In my own life, I do my best to combat prejudice by using my voice. I joined my school’s political activists club, partook in conversations with various members of the House of Representatives, and frequently debate everyday events with peers. More often than not, I hear that the youth of the country should not be criticizing the government nor engaging in political disputes. I heavily disagree, as, in order to bring forward aspects of understanding, we need to communicate with and stand up for one another.

Silence has become a deadly weapon yielded in the hands of the privileged and I refuse to be complicit.

The recent rise in racially motivated violence and hate crimes are horrifying. Expressions of hate and bigotry terrorize communities of color and cause collective trauma and reinforce systems of oppression. But there are lots of things that can be done today to help address racial trauma and hate in your community. Students around the country are also learning how to become upstanders and build a more inclusive community through the Say Something program. If you don’t already have the program in your school, learn more today!