Local Gun Violence Prevention Organizations Come Together for the

Mothers United Against Violence, and the Newtown Action Alliance

June 3, 2019 — Newtown, CT — Yesterday, the Connecticut coalition of gun violence prevention organizations came together to say, “not one more!” and raise awareness of the public health crisis of gun violence in America. The event officially kicked off the start of National Gun Violence Awareness Month.

The rally and march began with remarks from Newtown Selectman Dan Rosenthal, issuing a proclamation that declared June 2 as the fifth annual National Gun Violence Awareness Day and encouraging all citizens to #WearOrange “to honor all lives cut short by gun violence.”

Senator Richard Blumenthal then thanked the youth voices leading the movement to make America safer. “No neighborhood, no community is immune from gun violence. We're building a movement that we know in Connecticut has results. And for anybody who says that these laws have no effect, just come to Connecticut. We’ve reduced the number of homicides, reduced the number of gun deaths, because we have… laws that are just plain common sense. But our state borders are porous. We need national solutions. And we should be demanding them from Congress.”

Gun violence survivor Tara Gottlieb spoke emotionally on behalf of Moms Demand Action, noting “My child is three years old. She is more practiced in lockdown drills than in riding a bike.” And Sandy Hook Elementary School shooting survivor Riley Deloughy shared his first-grader experience of December 14, 2012, declaring, “I am a survivor. And although I am only 13 years old, I am determined now more than ever to honor my friends with action and create a future free of gun violence.”

The #WearOrange Campaign and National Gun Violence Awareness Day was inspired by Chicago teens who refused to be silent in the face of gun violence after their 15-year-old friend, Hadiya Pendleton, was killed by a stray bullet days after performing at President Obama’s second inauguration. June 2 was her birthday; they selected orange because it is the color used by hunters to protect themselves. 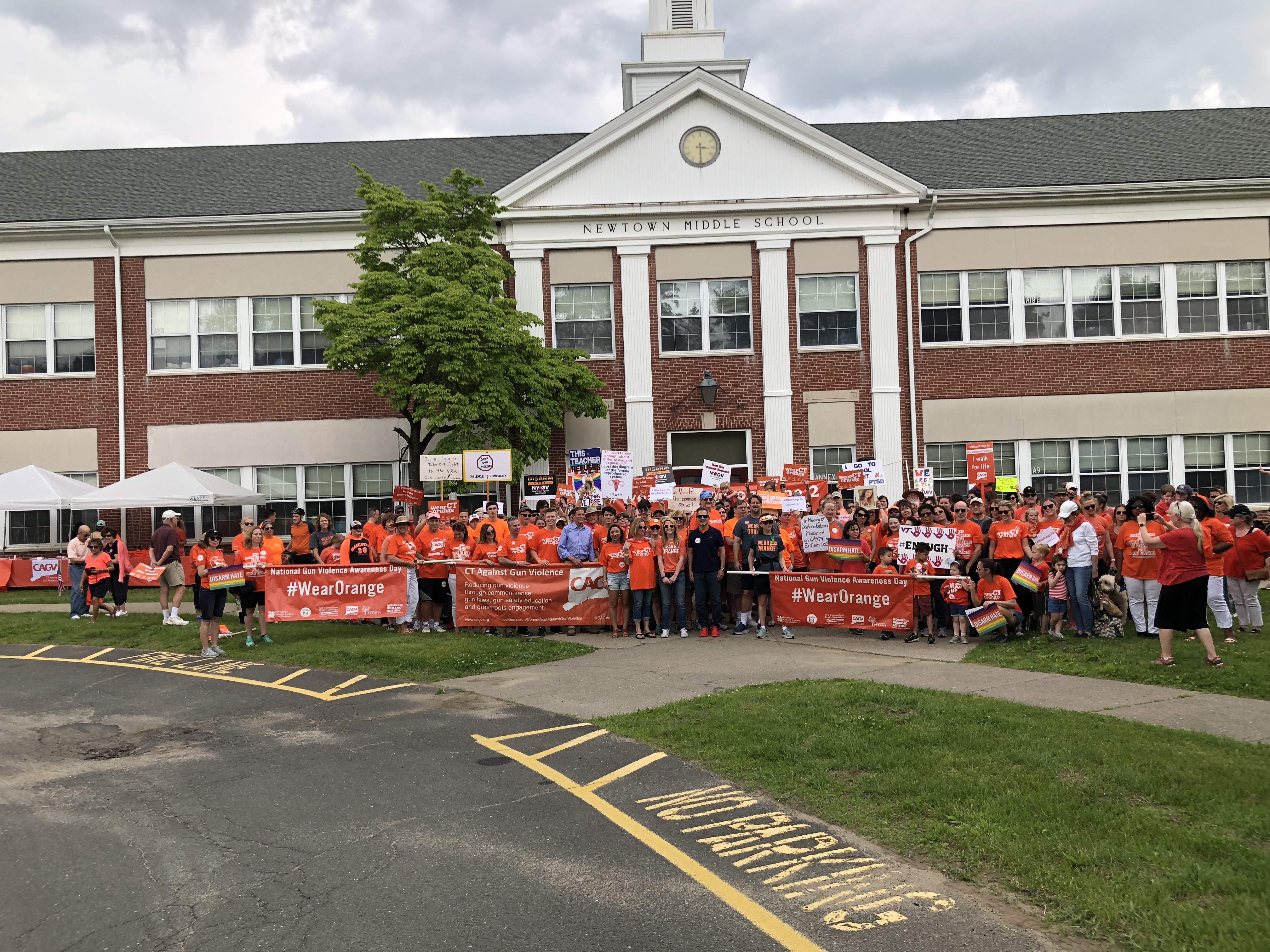 About Sandy Hook Promise: Sandy Hook Promise (SHP) is a national nonprofit organization based in Newtown, Connecticut and led by several family members whose loved ones were killed in the tragic mass shooting at Sandy Hook Elementary School on December 14, 2012.  SHP’s mission is to prevent gun violence (and other forms of violence and victimization) BEFORE it can happen by educating and mobilizing youth and adults to identify, intervene, and get help for at-risk individuals. SHP is a moderate, above-the-politics organization that supports sensible program and policy solutions that address the “human side” of gun violence by preventing individuals from ever getting to the point of picking up a firearm to hurt themselves or others. Our words, actions, and impact nationwide are intended to honor all victims of gun violence by turning our tragedy into a moment of transformation. For more information, visit www.sandyhookpromise.org or call 203-304-9780.

About CT Against Gun Violence: CAGV is a Connecticut 501(c)(4) organization dedicated to making Connecticut communities, families, and children safe from gun violence through legislative advocacy, public education and grassroots engagement. CT Teens Against Gun Violence is the youth-led organization that collaborates with CAGV. For more information please visit our website at www.cagv.org.

About Newtown Action Alliance: NAA (alliance.newtownaction.org/) is a Newtown-based, national grassroots organization formed after the Sandy Hook Elementary School shootings. Our mission is to achieve the steady and continuous reduction of gun violence through legislative and cultural changes. Jr. Newtown Action Alliance is the youth-led organization affiliated with NAA.