Wayne Ellington addressed the senior high students, “Two years ago, in 2014, my father was taken from me. He was shot and killed in Philadelphia in a senseless act of gun violence. Since that day, I have become passionate about gun violence prevention. It is wonderful to see that students, teachers, and community leaders in my new home, Miami, have made it their mission to prevent gun violence from the ground up. Never before has a city bravely taken on gun violence, mental health awareness, and inclusion throughout all of their public schools.”

Alonzo Mourning passionately endorsed the historic initiative, “We are all so proud to be here, to be a part of this incredible stance against gun violence. The city-wide adoption of three of Sandy Hook Promise’s gun violence prevention education programs is a brave and important step towards creating a safer community for our children. As a father, as parents of three, my wife and I can’t imagine the feeling of loss that parents like Nicole and many others have endured. In the US alone, the gun homicide rate is 43 times higher than the rate of 50 other countries.”

This roll out of violence prevention programs throughout the city of Miami is unprecedented, as no other city in the country has proactively decided to educate all of its middle and high school students district wide. MDCPS, the fourth largest school district in the country, decided to take this step with SHP after a successful pilot that took place at the beginning of 2016.

Co-Founder and Managing Director of Sandy Hook Promise, Nicole Hockley delivered a moving speech explaining her motivation to prevent gun violence. Hockley noted that “I truly believe that the best way that we can prevent these acts of violence and self harm is to get ahead of them, is to learn the signs and signals of someone who is in need of help and to get them help long before they decide to take action.”

In recent years, especially in the inner city of Miami, children and teens have been the most affected by gun violence. SHP’s “Know the Signs” programs teach students how to combat and prevent violence, by focusing on precursors and identifying at-risk behaviors in people that need help.  Two of the programs train students directly, focusing on social isolation and how to create a community of inclusion and connectedness through the “Start with Hello” program, as well as how to identify students that exhibit at-risk behavior – in person or via social media – and how to properly intervene through the “Say Something” program. A third program, “Safety Assessment & Intervention” trains teachers, educators and administrators how to assess and act on all threats of violence or self-harm, taking action and getting the student help before any escalation.

Most gun violence is preventable when you know the signs. Sandy Hook Promise, which was founded by several families of those killed at the tragedy in Newtown nearly four years ago, is unlike any other organization as it focuses on the days, weeks, months or even years before someone decides to use a weapon to hurt themselves or someone else. They do this by providing free training to students, educators, parents and community leaders by knowing the signs of at-risk individuals and how to intervene before they take potentially tragic actions. To date, through its programs, SHP has helped avert a school bombing and shooting plot in Ohio, as well as multiple suicide attempts and other acts of violence.

Following the kick-off, middle and high school students throughout Miami will participate in a week-long initiative based on SHP’s “Start With Hello” program, as way to galvanize students and educators. On Tuesday, September 20th, former Miami Heat starter Alonzo Mourning will join students at the Alonzo and Tracy Mourning Senior High School Biscayne Bay Campus for the  themed activity. 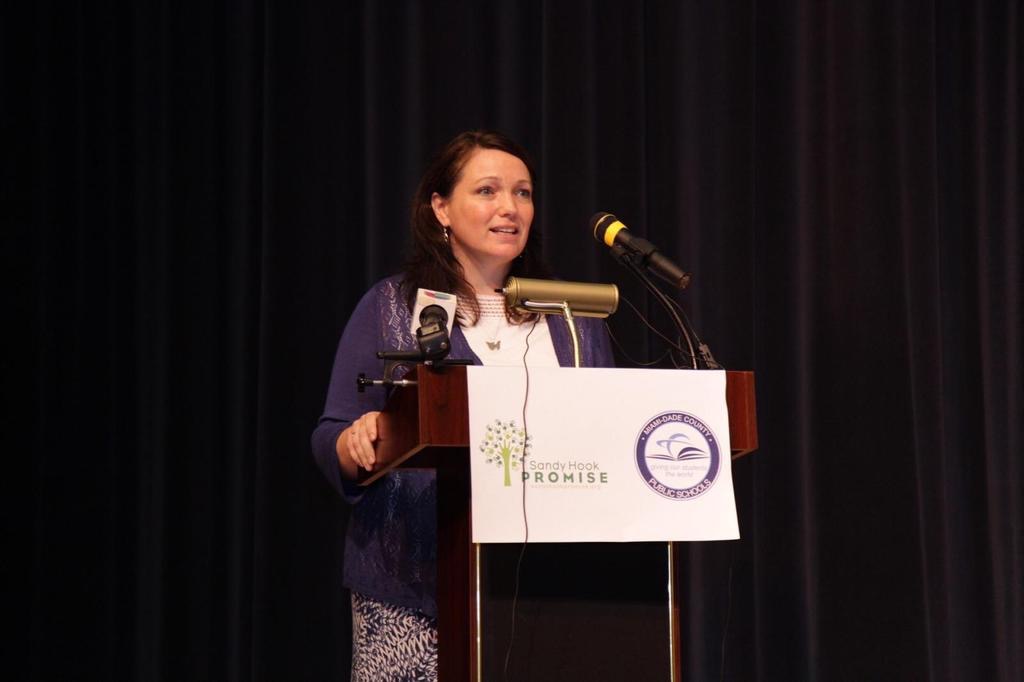 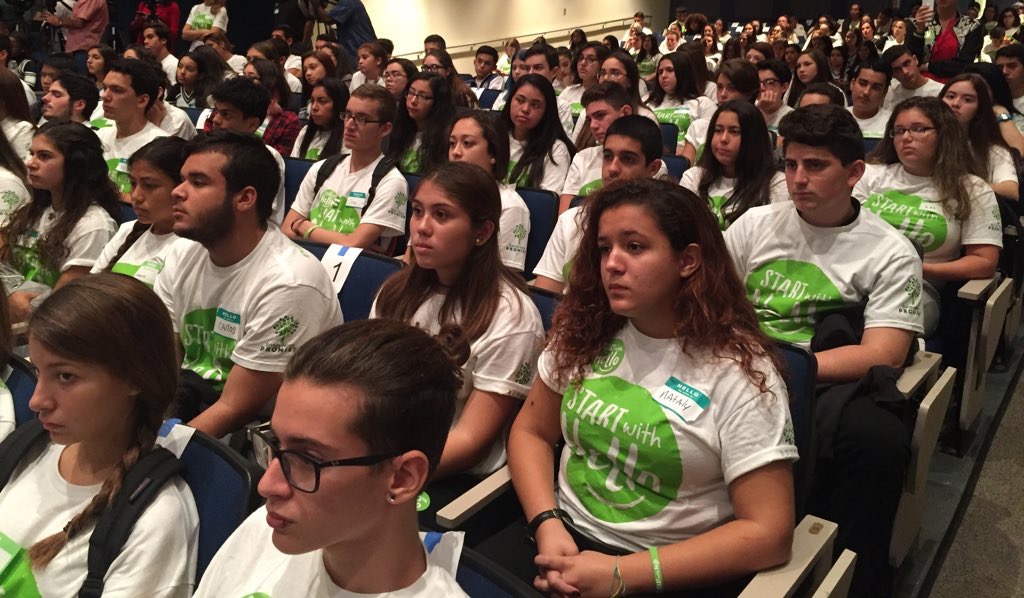 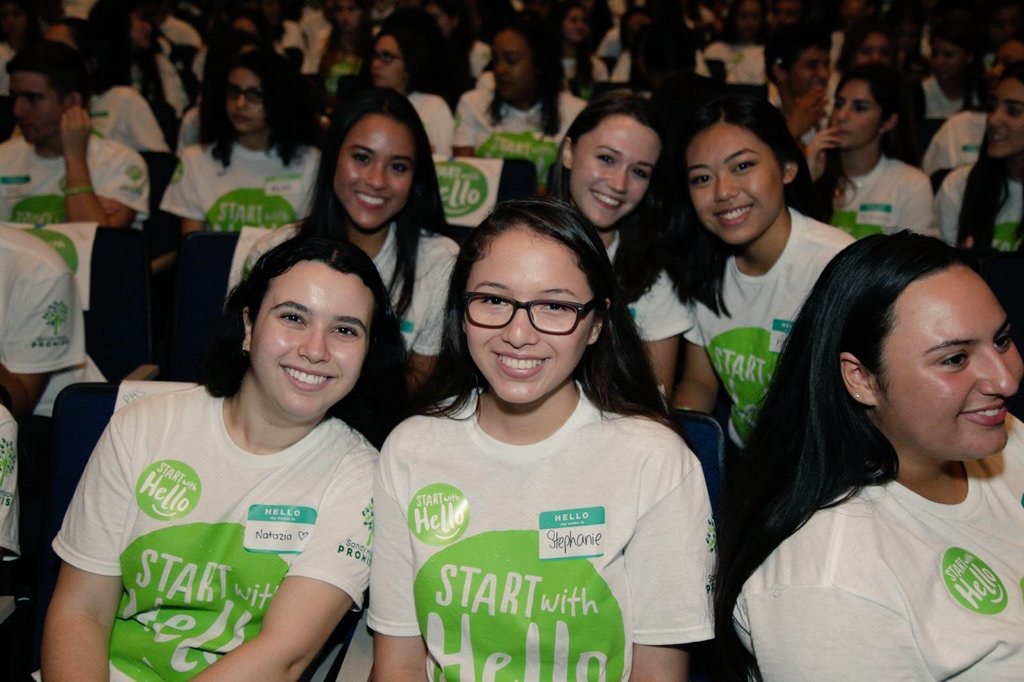