Read the latest news from Sandy Hook Promise and get connected with our media team. 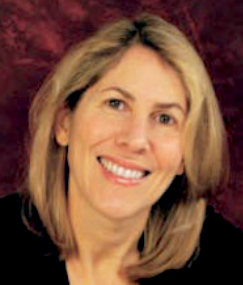 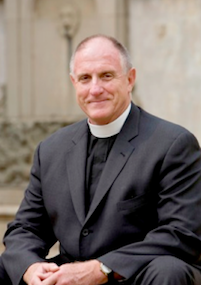 Join us at 7 p.m. on Thursday, May 9, at Newtown Middle School for the next program in the Moving Forward Series, entitled "Finding Your Invincible Summer." Hosted by Elizabeth Lesser and Rev. Ed Bacon, frequent hosts of Oprah's Soul Series, the discussion will focus on:

Washington, DC-- Following today’s filibuster of the bipartisan compromise to require criminal background checks for all commercial gun purchases, families of Sandy Hook victims and members of the Newtown-based nonprofit Sandy Hook Promise expressed their resolve to carry on their work to reduce gun violence.  Despite polls showing more than 90% of Americans favor closing loopholes that allow criminals to purchase deadly firearms without any background check, the Senate fell 6 votes short of the 60 needed to end the filibuster of the compromise proposed by Senators Manchin (D-WV) and Toomey (R-PA).  The bipartisan proposal would have required that instant criminal background checks be performed on those buying guns off the internet or at gun shows.

Please donate today to help Sandy Hook Promise advocate for legislation that will help prevent future tragedies like Sandy Hook, and watch more from the "60 Minutes" episode below.

Dr. John Woodall is a Newtown resident whose work focuses on helping communities build resilience. He joined Sandy Hook Promise co-founder Suzy Deyoung recently to share an overview of the program he developed, and will give a free presentation Thursday, April 11, at 7 p.m. at the Newtown Middle School Auditorium.

Dr. Woodall was commissioned by New York City to develop a program to build resilience in the city’s children after 9/11. That program has since been used in response to Hurricane Katrina, in the war torn country of Uganda, and now at Newtown High School.

Sandy Hook Families traveled to Hartford today to meet with legislators and deliver a letter signed by 24 family members whose children and spouses lost their lives, calling for a comprehensive package of legislation to address gun violence including the complete ban of high capacity magazines by private citizens. They are asking for an up or down vote on this issue.

24 Sandy Hook family members who lost loved ones on December 14th set aside their grief and summoned their courage on Monday to exercise one of their most basic rights as citizens. They called on the Legislature to strengthen the large capacity magazine provision to help prevent others from experiencing their fate; and the Legislature responded. Adding the requirement to register existing magazines, combined with the limit on sales of magazines over 10 bullets, makes this provision stronger than the original bipartisan legislative task force proposal and gives law enforcement more tools with which to ensure that large capacity magazines ultimately disappear from the state of Connecticut.

We thank the Governor, Senator John McKinney and Senator Beth Bye for their support and we thank the legislature for passing the strongest gun responsibility legislation in the nation.

INFOGRAPHIC: If Nothing Changes on Guns

Gun violence remains the leading cause of homicides and suicides in the United States. See the data on what will happen if nothing changes.