Each month we will profile Promise Leaders in action. If you'd like your story included in future newsletters, please complete the online Promise Leader Reporting Form and we will be touch! 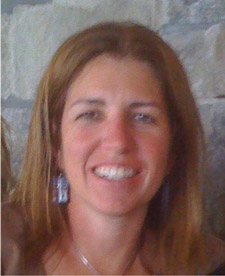 Wendy was a Newtown Middle School teacher when the Sandy Hook tragedy occurred. After the tragedy, Wendy developed a passion for advocacy to ensure that such an event never happened again. Impressed by the work of Sandy Hook Promise, and the programs offered, Wendy volunteered to become a Promise Leader. Shortly thereafter, when a colleague approached Wendy about speaking at a youth leadership conference, she saw an opportunity to share the Sandy Hook Promise mission and the No One Eats Alone program.

As a former teacher, Wendy felt strongly that the success of implementing such a program would lie in energizing students around the topic. She focused on introducing No One Eats Alone (NOEA) to the kids, and in turn, having the kids pitch the idea to their respective schools. Wendy set about pulling together a fun and interactive PowerPoint presentation. She presented the students at the conference with her background story and shared her passion for change following the events of 12/14/12. She then posed the question back to the group: what's your passion? Many of the students wanted to be leaders within their schools, and they wanted to do something to help others, but few of them could identify their passion. Wendy was able, at that point, to introduce the NOEA program to the group following a brief discussion on the characteristics and qualities that leaders possess, and how leaders can use their position to interrupt the pattern of bullying and social isolation in schools.

Of the 30 kids who attend the conference that day, ten signed up to implement NOEA in their school with the help and guidance of Wendy. Over the course of the next few months, she plans to host conference calls with the kids to make sure they understand the program and to help with implementation.

Wendy's advice to Promise Leaders? Don't overlook student centered organizations and groups, such as the student council and Girl Scouts, as a way to introduce SHP and its programs to schools and engage youth around the issue. "Focus on energizing the kids. Be fearless and bold, and have a story to share for why the issue is important for you." 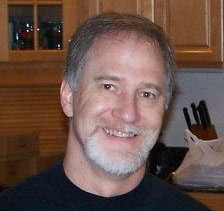 Those of you who joined last month's training call likely remember Bob Sutton, who shared his story and experience as a Promise Leader. Bob, a father himself, was deeply affected by the Sandy Hook tragedy. However, like many people across the country, he felt somewhat powerless in the aftermath. He wanted to help, but he didn't know where to start. After being in touch with Sandy Hook Promise, Bob organized a roundtable in his community, inviting anyone and everyone. He researched members of the community whom he thought might be interested in attending the roundtable, finding the email addresses of school board members and police chiefs through a basic online Google search. "I also knew a lot of people at Fairfield Schools because that's where my kids go to school, so I leveraged that. People were really excited to do something; the message from Mark and Paula was pretty empowering."

Following the roundtable, Bob kept the ball rolling with attendees, making a point to follow up with them. Many attendees went on to implement NOEA in a school and they are now planning a "Say Something" training in the community. Bob stresses the importance of emphasizing the evidence-based programs offered by Sandy Hook Promise. "You're offering schools the chance to prevent suicides, or to prevent kids from bringing a gun into the school and it is proven that if schools do these things, they can turn kids in another direction. That's huge."

Success, Bob says, is defined by the small victories, like engaging with one individual around the message. "If I could find one person at a school who got excited about this, I felt successful because they would take it and run with it."