Prevention Organization, Debuts PSA to Teach How to “Know the Signs”

Newtown, CT– December 2, 2016 – Almost 4 years after the tragedy that struck Sandy Hook Elementary School, there continues to be no reduction in the number of gun violence acts committed each and every day. In the aftermath, families and communities are often left wondering what they could have done differently to have stopped it. Sandy Hook Promise (SHP), a leading national gun violence prevention organization, wants to help prevent acts of gun violence before they start through their no cost “Know the Signs” programs. SHP’s programs teach youth and adults how to recognize an individual exhibiting at-risk behaviors and how to effectively intervene to get them help BEFORE they hurt themselves or others.

Sadly, it has been reported that 80% of school shooters and 70% of individuals who completed suicides told someone of their violent plans prior to taking action – yet no interventions weren’t made. Working with award-winning advertising agency BBDO New York, SHP is launching a powerful PSA titled “Evan” to educate viewers that very often warning signs are given off before an act of violence occurs – but sometimes we don’t see what is right in front of us.

The short film is the story of Evan, a teen counting down the days to summer break, who demonstrates his boredom by writing on a table in the school library. The next day he finds someone has responded back. While we watch Evan’s story, another darker tale is unfolding simultaneously, but no one notices. You can view the piece in its entirety here – https://www.youtube.com/watch?v=A8syQeFtBKc .

“When you don’t know what to look for or can’t recognize what you are seeing, it can be easy to miss warning signs or dismiss them as unimportant. That can lead to tragic consequences, including someone hurting themselves or others”, said Nicole Hockley, Co-Founder and Managing Director of Sandy Hook Promise who lost her first-grade son Dylan in the Sandy Hook Elementary School massacre. “It is important for us to show youth and adults that they are not helpless in protecting their community from gun violence – these acts are preventable when you know the signs.  Everyone has the power to intervene and get help. These actions can save lives.”

“Through ‘Evan,' we sought to show how different your perspective can be when you’re aware of the signs,” said Greg Hahn, Chief Creative Officer of BBDO New York. "We’ve been fortunate to work with the inspiring people at Sandy Hook Promise to help parents, students, and teachers better identify these signs.”

“Evan” demonstrates the problem that SHP is working to solve through their four “Know the Signs” research-based programs, provided at no cost to schools and community organizations. In just 22 months, SHP has already trained 1.5 million students, teachers school officials and parents in all 50 states in at least one of its programs.

As a result of their “Know the Signs” training, SHP has helped intervene on multiple threats – including a school shooting, suicides and bringing firearms to schools, as well as helping to reduce bullying and getting hundreds of individuals mental health assistance.

Like other public health issues, including heart attacks, domestic violence and strokes, PSAs have historically been a powerful tool in educating Americans on recognizing signs of someone needing help. SHP’s Know the Signs campaign is no different. BBDO New York seized the opportunity to expand SHP’s mission and educate millions with this powerful and educational PSA.

Sandy Hook Promise (SHP) is a non-partisan national nonprofit formed and led by several family members whose loved ones were killed at Sandy Hook Elementary School on December 14, 2012.  Based in Newtown, Connecticut, SHP’s sole purpose is to prevent gun violence BEFORE it happens so that no other parents experience the senseless, horrific loss of their child.  SHP delivers, at no cost, four Know the Signs programs that teach youth and adults to recognize signs of individuals who may be at-risk of hurting themselves or others and intervene to get them help before it is too late.  SHP’s Know the Signs programs have helped stop a school shooting, multiple suicide and firearm threats, while also intervening to help individuals get mental health assistance.  Additionally, SHP advocates for sensible state and federal policy that helps prevents at-risk individuals from hurting themselves or others, including limiting their access to firearms until they are deemed fit. To bring SHP’s Know the Signs programs to your school or community or help advocate for sensible policy, visit sandyhookpromise.org. 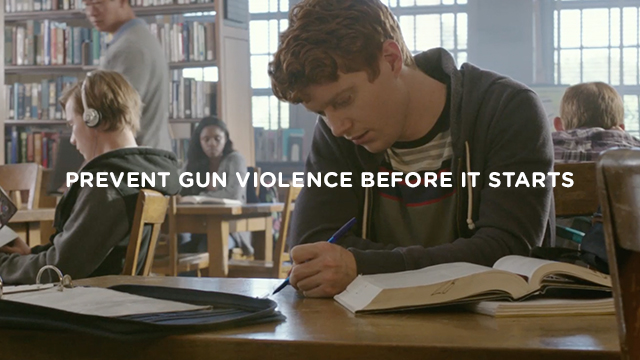