Read the latest news from Sandy Hook Promise and get connected with our media team.

Georgia teen challenges Congress to STAND UP against suicide

NEWTOWN, Conn. — Today, Arriana Gross, a high school junior in Covington, Georgia and a Sandy Hook Promise Youth Advisory Board member, challenged members of Congress to take immediate action to address teen suicide and mental health. Gross was testifying among a panel of prestigious experts during the House Energy and Commerce hearing on legislation to improve mental health when she implored the representatives to give schools and students desperately-needed resources and support to help prevent suicide by passing the bipartisan STANDUP Act.

“In our school, a year doesn’t go by without a student dying by suicide,” said Arriana Gross, a rising junior at Newton High School in Covington, Georgia and a national Youth Advisory Board and SAVE (Students Against Violence Everywhere) Promise Club member. “I am concerned that youth suicide has become so common that my school community and our nation is stuck in a pattern of mourning and accepting these deaths as something that is normal, instead of seeing them as preventable.”

The Truth About Gun Violence and Mental Health

Gun violence legislation should focus on prevention and knowing the signs and signals, not on a mental health diagnosis. 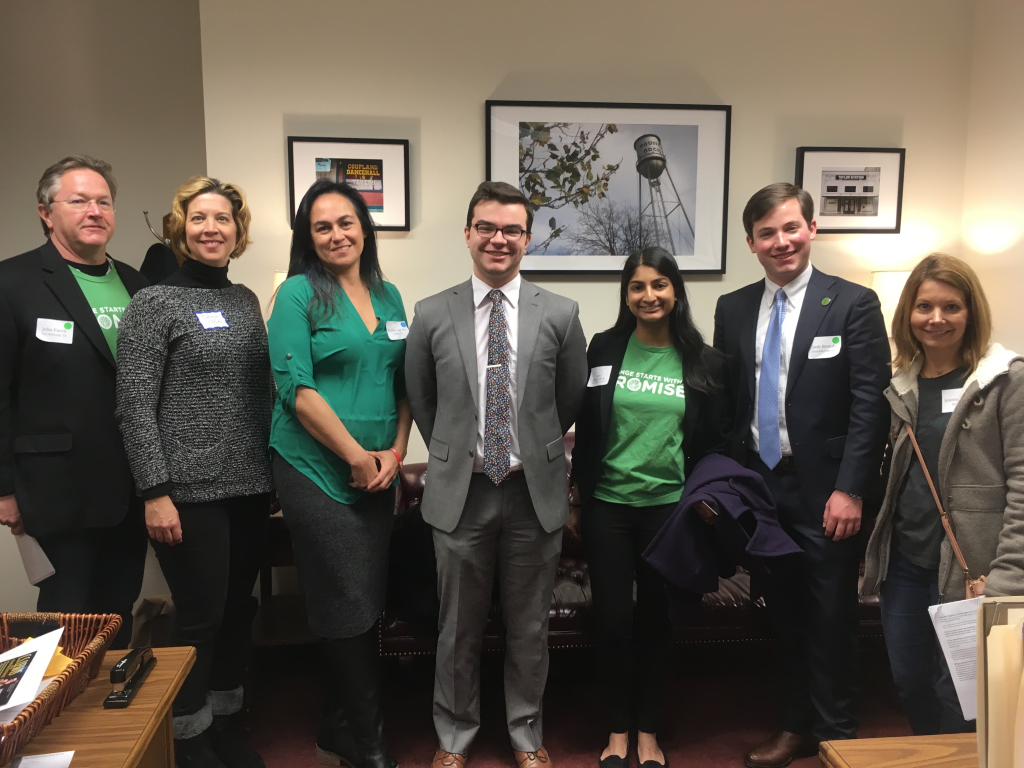 Nalini Ramachandran (third from the right) joins a group of Sandy Hook Promise activists to advocate for common sense reforms.

Here’s what we know: mental illness does not cause violence, including gun violence.1

But what does that mean when it comes to laws around firearm ownership? How can we be sure that gun violence prevention legislation doesn’t further blame mental illness?

ERPOs empower families and law enforcement to prevent violence by petitioning a court to temporarily remove a firearm from someone who is showing signs that they may hurt themselves or others. It lines up with Sandy Hook Promise’s Know the Signs programs because it encourages people to recognize warning signs and gives them tools to take action.

ERPOs are meant to help people in crisis who have access to a gun and have been very helpful in preventing suicides.2 But to be clear, that does not mean they only help individuals with a mental health diagnosis. In fact, only 4% of interpersonal violence can be attributed to mental illness alone.3  That means we can’t afford to limit the use of an ERPO to someone who has a mental health diagnosis. Otherwise, we risk leaving out the majority of people who may still need this help.

Instead of focusing on mental health, ERPOs should include language about patterns of behavior that could lead to violence.

Extreme risk protection orders are a valuable way to reduce gun violence. We should be careful of ERPO laws that could unfairly blame those living with mental illness. Instead, we must encourage ERPOs that provide resources for all people who need help in a crisis and who have access to a firearm.

As more state legislatures and the federal government consider ERPO policies, this should be at the front of our minds. ERPO legislation that links acts of violence with mental illness will not help us become safer and stands to further stigmatize mental health.

Advances in gun violence prevention cannot come at the expense of mental health. Rather than focusing on a mental health diagnosis, ERPOs should continue to focus on behavioral indicators of violence, like threats, past violence, and reckless firearm use.4 We’re best equipped to prevent violence when we know the signs and take action.

Sign the petition: tell your legislator to pass an ERPO.

Statement from Sandy Hook Promise on the Mass Shooting in Morgan County, Alabama

June 6, 2020 -- Newtown, CT -- On Thursday, four men, two women, and one teenager were killed in a shooting at a residence in Valhermoso Springs, Alabama.

In response to this tragedy, Sandy Hook Promise issued the following statement: “My heart aches for yet another community grieving lives taken too soon by a horrific mass shooting. I hope the investigation leads to the shooter being captured as soon as possible, so that the hard work of healing can begin,” said Nicole Hockley, co-founder and managing director of Sandy Hook Promise, and mother of Dylan, who was killed in the Sandy Hook Elementary School tragedy. “As our nation begins reopening after months of social distancing, we cannot accept the return of mass shootings as normal. We must stay vigilant for any warning signs that point to increased potential violence and intervene to get help before a tragedy like this can happen.” 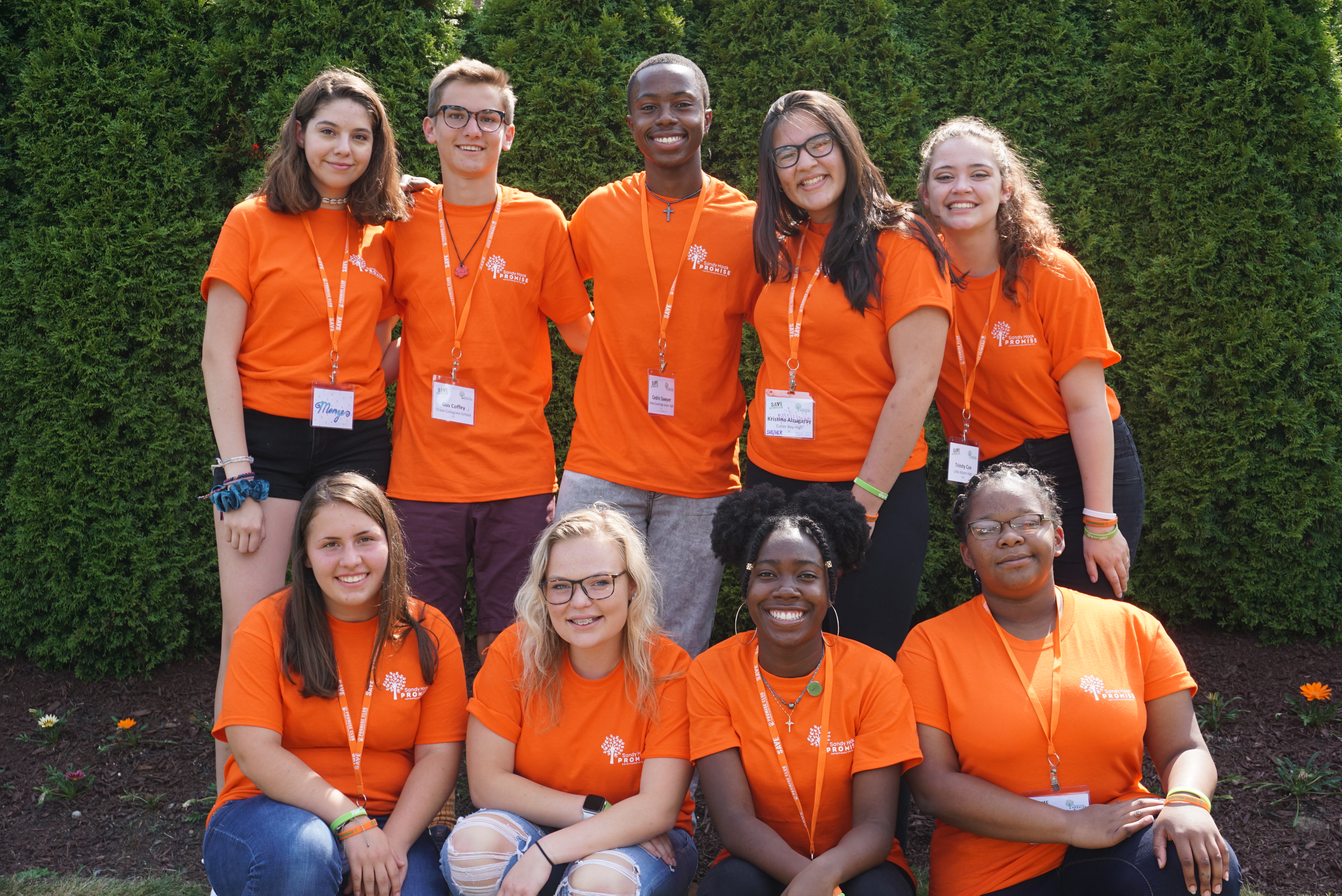 Who do you #WearOrange for?

At Sandy Hook Promise we believe everyone should live in an America free of gun violence. The #WearOrange Campaign and National Gun Violence Awareness Day was inspired by Chicago teens who refused to be silent in the face of gun violence after their 15-year-old friend, Hadiya Pendleton, was killed by a stray bullet days after performing at President Obama’s second inauguration. They selected orange because it is the color used by hunters to protect themselves.

No one is immune to gun violence, as proven by the tragic shooting at Sandy Hook Elementary School that claimed the lives of 20 first-graders and six educators. The Know the Signs prevention programs since developed and implemented by Sandy Hook Promise are proving effective in making schools and communities safer.

Share Sandy Hook Promise with your family and friends and work with us to #ProtectOurKids from gun violence. Nearly 5 million citizens have taken our Make the Promise pledge. Won't you join us and spread the word to help us get to 5 million strong by National Gun Violence Awareness Day.

Watch our video from the 2019 Newtown #WearOrange CT Gun Violence Prevention Coalition March and Rally. While social distancing will limit in-person events, you can participate virtually by downloading our social media tool kit.

Show You Care by What You Wear

Order your Wear Orange merch today. You can Wear Orange at any event, including social media "rallies" and virtual "Zoom" meet-ups. 100% of proceeds from our Wear Orange Shop benefit our charitable work to protect children and prevent violence. Order by Tuesday, May 26 to get your items before events begin on June 2, 2020.

Statement of Solidarity with Victims of Racial Injustice and Violence

Sandy Hook Promise stands in solidarity with those grieving the murders of George Floyd, Ahmaud Arbery, Breonna Taylor, and Black Americans across this country who are being killed by police violence and subjected to systemic injustice. We demand action now to end the vicious cycle of racial inequality.

April 2020 is first month without school shootings in decades

NEWTOWN, CT — April 2020 marks the first month with no shootings on school grounds in nearly two decades, as schools in 43 states remained closed due to COVID-19. Last month was the first without a school shooting death. While acknowledging the sobering milestone, Sandy Hook Promise is raising concerns that the threat of violence persists, as its Crisis Center sees a concerning spike in life-threatening tips coming into its national Say Something Anonymous Reporting System — including reports of abuse, cyberbullying, suicidal thoughts, cutting, and other self-harm.

April 15, 2020 -- Newtown, CT -- March 2020 is being touted as the first March in nearly two decades without a school shooting, as children throughout the country are forced to stay home while schools are closed due to COVID-19.  But that doesn’t mean the violence hasn’t continued. While no students have died as a result of gunfire on school grounds in March, the Center for Homeland Defense and Security’s K-12 School Shooting Database tracked several under-reported incidents, including a shooting on an elementary school playground with students present and a man in camouflage with a bump stock shooting at an occupied school bus.

“It shouldn’t require a global pandemic to stop gun violence in America’s schools,” said Nicole Hockley, co-founder and managing director of Sandy Hook Promise, and mother of Dylan, who was killed in the Sandy Hook Elementary School tragedy. “The key to preventing shootings in schools, homes, and communities from ever happening is knowing the warning signs of potential violence and saying something to get help before someone decides to use a firearm to hurt others or themselves.  This is just as critical during times of physical distancing as it is during a regular school year.”

“While we’re not seeing school shootings in the news given the transition to distance learning, we are seeing a stark increase in the proportion of life-threatening tips coming into the Crisis Center of our Say Something Anonymous Reporting System -- including suicidal thoughts, abuse, cutting, and other self-harm.  This is evidence of the mental stress and anxiety that kids are facing during this difficult time,” said Mark Barden, co-founder and managing director of Sandy Hook Promise, and father of Daniel, who was killed in the Sandy Hook Elementary School tragedy. “Teaching students to recognize warning signs of potential violence and self-harm and when and how to take action is absolutely necessary to protect our kids. Federal grants from the STOP School Violence Act can provide the critical funding to bring this education into every school at no cost, so that this trend of decreased school shootings can continue until no other parent loses a child to gun violence.”

Students confined to their homes can be at risk of domestic violence, emotional abuse, bullying, and depression

NEWTOWN, CT — This year, National Youth Violence Prevention Week, March 30 to April 3, 2020, comes as many schools close across the country and transition to distance learning while others continue to hold classes in-person. By providing special online tools, Sandy Hook Promise is encouraging students and parents to take time during the week to help prevent youth violence — even while students are at home.