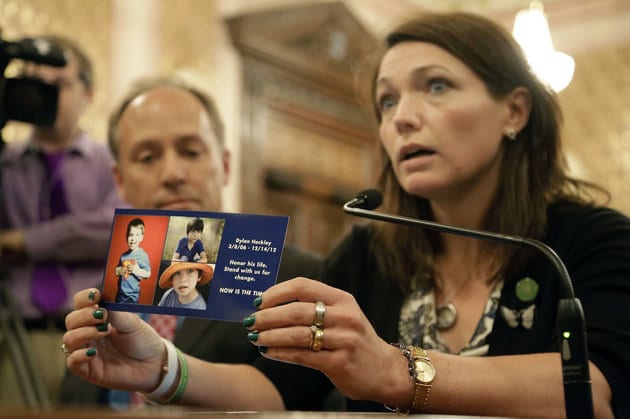 Changing the response to mass shootings and preventing tragedies since Newtown

We’ve heard it many times. “If we weren’t able to pass gun reform after Sandy Hook, then nothing will ever change.”

Nothing has changed when it comes to the pain in the hearts of the loved ones of those murdered at Sandy Hook Elementary School. And nothing will ever change that can bring back the innocent children and educators killed by gun violence on December 14, 2012. But what has changed since that fateful day in Newtown, is the growing gun violence prevention movement and real progress on reforms.

1. Reforms Across America Since Sandy Hook

Since the days just after the Sandy Hook tragedy, we have been advocating for bipartisan reforms on a national and state-wide level. In an era of divisive politics, our federal mental health and school safety laws were both passed by a nearly unanimous Congress. 21 states – red and blue – expanded background checks on gun sales. Further, 17 states enacted extreme risk protection orders to help gun owners and their families in times of crisis.

SAVE Promise Clubs are now the largest student-led anti-violence organization in America. Today, more than 153,000 young people have grown this movement to over 3,000 clubs nationwide. In big cities, small towns, and everywhere in between, students are organizing to make their schools and communities safer.

In the aftermath of the Sandy Hook tragedy, a 2013 Pew Research poll reported 81% of Americans supported background checks. Today, background checks have universal support with 97% of people supporting them – including over 90% of gun owners.

Over 8 million people have made the Sandy Hook Promise to do all they can to protect children from gun violence by encouraging and supporting solutions that create safer, healthier homes, schools, and communities. Additionally, more than 1.2 million people have signed our petition demanding congress pass background checks. Thousands more have written and called legislators – and even joined massive rallies and protests to end gun violence.

In a landmark study, the United States Secret Service reported that since 2008, every school shooting that has been prevented was due to community members “coming forward when they observed behaviors that elicited concern.” In fact, more than 14 million students and educators have participated in our Know the Signs programs.

At least 269 lives have been saved through these programs. In fact, we have helped prevent more than 60 acts of violence with a weapon, including 6 planned school shootings. What’s more, our crisis counselors have prevented untold tragedies by helping at-risk youth with over 82,000 tips to our hotline through our Say Something Anonymous Reporting System.

What You Can Do to Fight Gun Violence After Sandy Hook

While the days can seem dark, with all of you by our side we will continue to move forward. Together we can pass more commonsense gun reforms to protect our kids. Together we can drive out social isolation and end school shootings. And together we can keep our promise to make our community and our nation a safer, better place. You can be a part of that vision.

With bipartisan support, the U.S. House of Representatives has passed a key gun reform – background checks on gun sales. You can help get this bill across the finish line. Join us in calling on the Senate to take action.