From the threats of a school shooting to suicidal ideations, the Say Something Anonymous Reporting System is helping to save lives at an eastern Indiana school.

The Jay County School District in Portland, a rural community near the Ohio border, implemented the system after the 2018 mass shooting at Marjorie Stoneman Douglas High School in Parkland, Florida. A student who had heard about Sandy Hook Promise brought it to educators’ attention during a schoolwide safety discussion.

“It’s a student-driven solution that has created action and changed our school for the better.”

The district recently received several tips through the system about a student threatening to bring a gun to school. The student had warned his classmates not to come to school that day. The tips were coming in from both students and community members, as the district shares the hotline on their website.

Members of the local law enforcement were able to quickly locate the student who made the threat. The tip was found not to be credible, but Gulley was thankful the system was in place. And the immediate action everyone took to ensure students’ safety.

“Unfortunately, there is always going to be a next time,” Gulley said. “And with social media being so prevalent, the anonymous reporting system allows students and adults to take action, no matter what time of day.”

Gulley said that while the district has used a varied approach to enhancing school safety that also includes building hardening measures such as metal detectors, the Say Something program by far has had the biggest impact.

“Being able to get ahead of any information about students thinking about hurting themselves or others is the very best outcome. The system has had an incredible impact and it works. It works more often than people think, and in ways that we didn’t anticipate.”

The district was primarily concerned with averting a potential school shooting. However, they were surprised by the number of students who called the system to report mental health concerns. Many of which could have resulted in suicide if the students didn’t get the help they need.

Gulley recalled a student who called the system in the middle of the night after seeing a concerning social media post from a friend. The friend had access to pills and was contemplating dying by suicide. The local response team was notified and paramedics arrived at the student’s home. The student was able to get the help and support they needed.

“It’s amazing to me that during such an early hour of the day, people were able to react to the tip and take action, and a life may have been saved as a result. Some people were concerned at first that we would get a lot of false tips. But I’ve found that if you teach students about the warning signs and why the system is there, they use it responsibly. I don’t have any doubt that the Say Something Anonymous Reporting System has helped to save lives.” 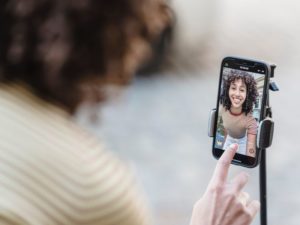 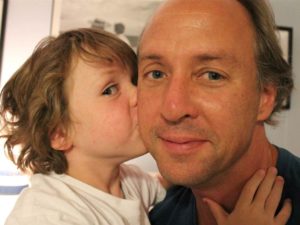