Students want safe schools and communities and want to lead the change in these efforts. SAVE Promise Club empowers youth to be the leaders of change. They influence their peers in a positive way, resulting in a more caring and connected school community.

Through SAVE Promise Club, youth organize around important lessons learned through our programs, such as Say Something and Start With Hello. Students create a culture of looking out for one another, being upstanders and preventing violence, through engaging ongoing activities. Together, students are creating safer schools and communities – now and in the future.

Download the SAVE Promise Club Fact Sheet and How to Get Started guide to discover more about how you can get involved.

In April of 1989, over 200 students from West Charlotte Senior High School (NC) gathered at a party. A carload of young men from a rival school showed up armed and looking for trouble. As teens panicked, 17-year-old Alex Orange stepped forward. Alex, a fullback on the West Charlotte football team, was a young man who looked out for other people. Alex told the intruders this was no place for violence. Sadly, shots were fired and Alex fell to the floor. Surrounded by shaken friends and schoolmates, Alex lost his life to gun violence.

The following week, students returned to school mourning yet another young life lost too soon to violence. Joining together in their grief, they vowed that something was going to change, and change for the better!  The group formed Students Against Violence Everywhere (SAVE).

In 2017, SAVE and Sandy Hook Promise combined efforts on educating and empowering young people to help prevent violence. There are now thousands of SAVE Promise Clubs across the country. 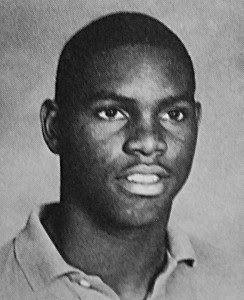 What does a SAVE Promise Club do?

SAVE Promise Club chapters meet with their advisor regularly to plan monthly or quarterly activities. Some of the most popular are:

What is the role of Adult Advisors?